Much more than a cookbook, it documents the stories of Dunedinites present and past and illustrates the impact the city has on New Zealand’s food production and food culture.

Delicious Dunedin features more than 90 recipes, over 100 great food anecdotes from the people of the city and stunning food photography by one of New Zealand’s leading food photographers, Kelly Lindsay. Delicious Dunedin is the essential, 410 page, guide to the city’s culinary treasures. It’s the perfect gift for all those who have lived in or passed through Dunedin – or those who need convincing to do so.

“As soon as we started working on Delicious Dunedin we realised our city has the same food culture as places like Sydney, Tokyo and New York, it’s just on a smaller scale.”

“This opened our eyes to Dunedin’s culinary culture which we had been taking for granted. Dunedin and its surrounds from the Taieri Plains and Otago Peninsula through to North and Central Otago is growing and making food of the highest quality for the city and for the rest of the country. Dunedin people and chefs are as passionate and creative as chefs anywhere in the world and the quality and innovation of food in the city is amazing.”

Recipes include Kiwi favourites and draw upon global culinary influences from China, Malaysia, the UK, New York. Look out for hearty favourites such as Fish Pie from Nigel Broad at Plato, legendary local classics such as Best Café’s Half Doz. Bluffies with Blue Cod or a Curried Mussel Fritter Sandwich from Dan and Jo Pearson of Wild Fennel Co. Josh Emmett of Madam Woo shares his Malaysian Laksa Curry Soup, while there are fine dining dishes such as Bracken’s Beetroot Quinoa with Mandarin, Walnuts, Wood Sorel and Beetroot Gastrique or Dukkha-Crusted Otago Spring Lamb on Root Vegetables Salad with Pickled Raisins and Feta from Hannes Bareiter of Glenfalloch. Those with who love something sweet don’t miss out either; with treats such as Beetroot and Elderflower Carrot Cake from Simon Kitchingman of Orokonui Sanctuary and Jill Guy of the Good Oil’s Vegan Lemon and Passionfruit Cake.

Made possible in part with the support of Enterprise Dunedin, Delicious Dunedin showcases what residents have always known: Dunedin is more than heritage buildings, a City of Literature and the Dunedin Sound it’s also New Zealand’s food bowl.

Delicious Dunedin retails for $50 can be ordered online from https://deliciousdunedin.co.nz or purchased from fine book sellers across New Zealand. 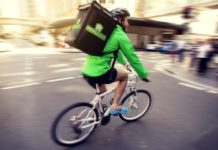